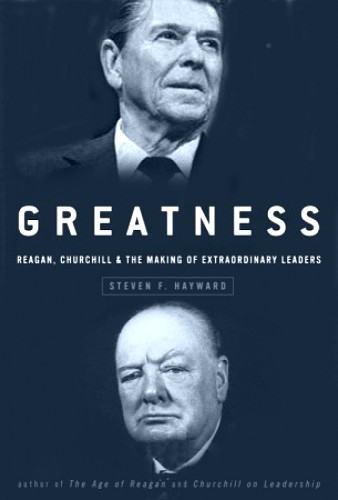 With thanks to Ashbrook Center & C-SPAN for this video

In his book, the author compared the leadership skills of Ronald Reagan and Winston Churchill. He explained that the two conservative figures had a lot in common, including their stance on national defense, their evolution from Left to Right politically, and their gift for communicating with the public.

Following his presentation, Mr. Hayward responded to questions and comments submitted by members of the audience. Mr. Schramm introduced the speaker and moderated the question segment.